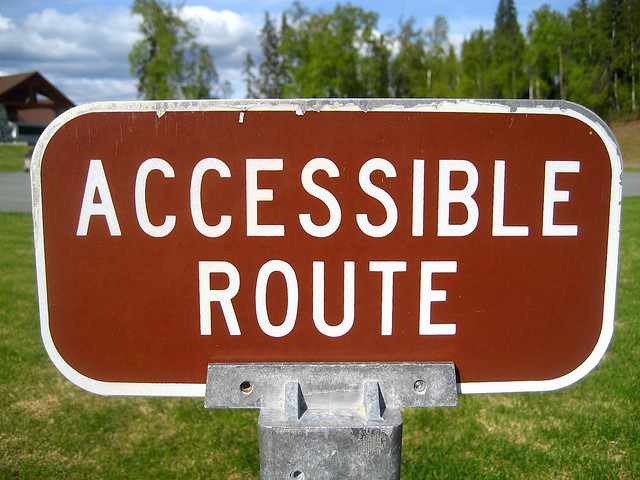 Accessibility Building Codes What You Need to Know

What is a Means of Egress? 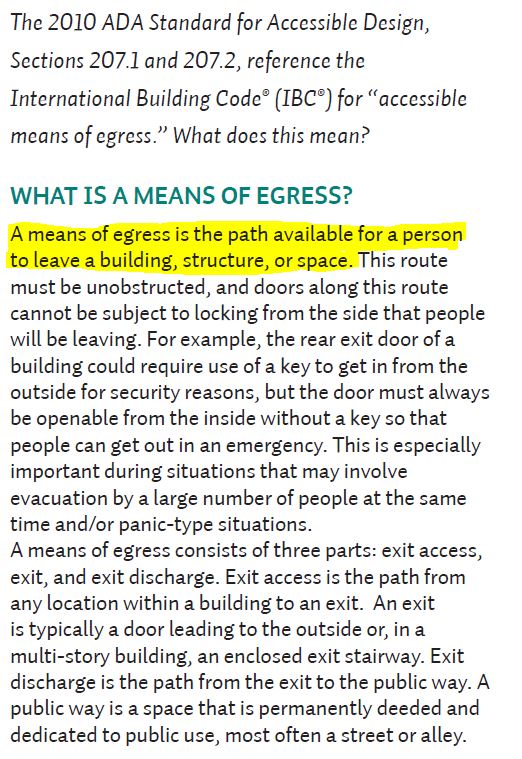 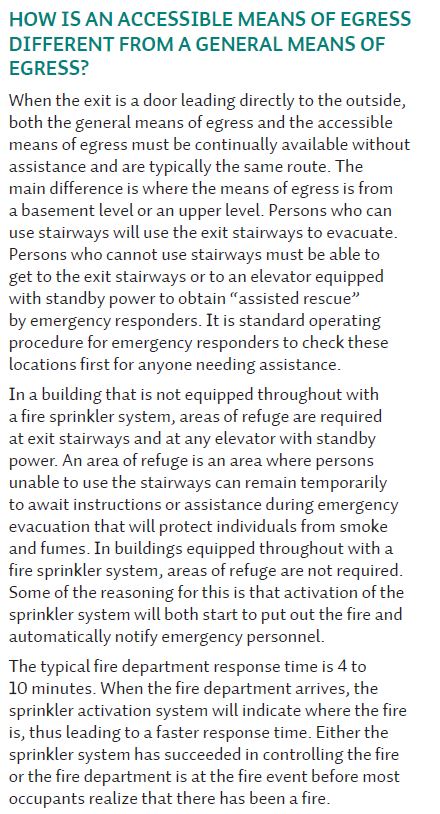 Accessible Means of Egress is defined as a continuous and unobstructed  path of travel from any occupied portion of a facility to a public way.  Egress consists of three specifically defined parts: exit access, exit, and exit discharge.

Vertical enclosures are interior exit stairways and interior ramps.  Typically vertical exit enclosures are required to be 2-hour fire rated when serving four or more stories including basements (but not mezzanines).

Exit access starts where an occupant is within the facility and continues until the occupant reaches the “exit.” Exit access requires consideration of the number of exits required for each space, the required separation of exits when more than one exit is required.

An area of refuge is a location in a building designed to hold occupants during a fire or other emergency, when evacuation may not be safe or possible. Occupants can wait there until rescued or relieved by firefighters. An area of refuge is typically supplied with a steady supply of fresh or filtered outside air. The ducting that must supply such fresh air is referred to as pressurization duct work. Such duct work are items of passive fire protection, subject to fire testing, product certification, and listing and approval use and compliance. The idea is that the duct work must remain operable even while exposed to fire for a duration stipulated for each occupancy by the local building code. The electrical equipment supplying power to such systems must also be equipped with approved circuit integrity measures. Both ventilation and power systems must have a demonstrable fire-resistance rating that is acceptable to the authority having jurisdiction.

Determining Egress Width is based on occupant load. The total exit width is calculated by multiplying the occupant load factor by a decimal number based on the occupancy type with the result being divided by the required number of exits. 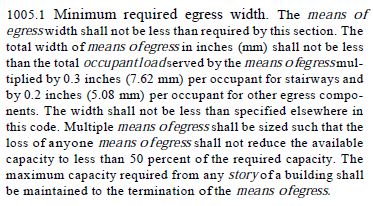 Exit discharge can be as simple as the door leading from a vertical exit enclosure to the public street and as complex as the path of travel from a theater building at an amusement park to the public way including the path through another building used for selling and collecting entry tickets, often requiring an egress court, conforming to egress requirements.